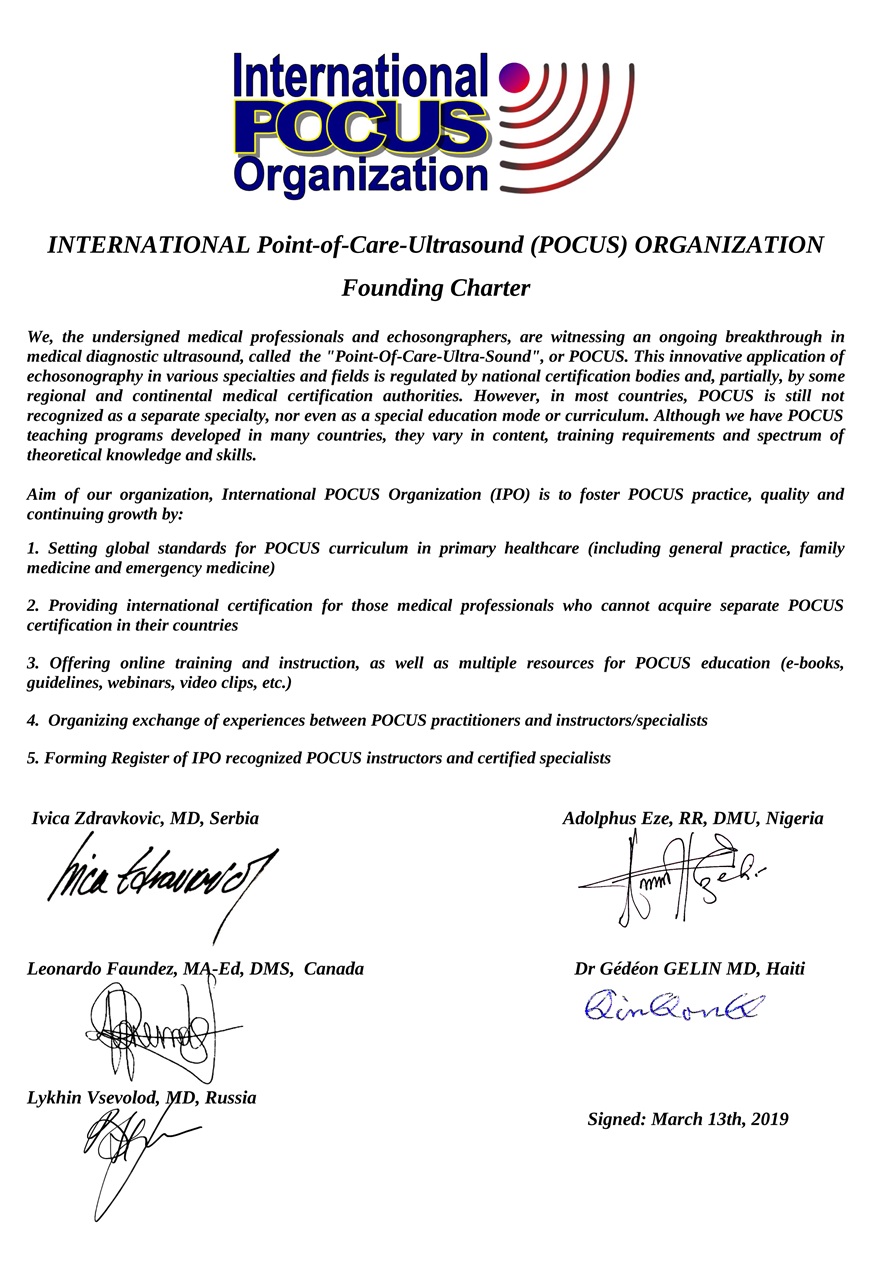 The application of ultrasound in medicine as a method of diagnostics can first be traced to neurologist Karl Dusik, who used ultrasound waves to try and detect brain tumors via transcranial scanning in 1942. Although beginnings were modest in results and in image quality, ultrasound first found it‟s place in medicine as a part of the ob-gyn field, due to the fact that it did not give off any radiation and that it was safe for both mother and child. As technology developed, ultrasound machines have undergone many improvements in the form of different scanning modes, which in itself gave us the option to conduct more precise measurements. New probes gave us the option to scan tissue at a different depth, and the most modern probes giving us the option to scan the patient from right under the skin surface to his bones, making it easy to visualize minute details.

The introduction of Doppler effect scanning also gave us the option to assess how blood moves. Depending on the direction of blood flow, Doppler is presented by blue or red color, with blue flowing away from the probe and red flowing towards the flow (BART – blue away red towards). Doppler also gave us the possibility to asses heart valves but also carotids, the aorta and indeed all other peripheral blood vessels, as well as asses the vascularity of organs and/or tumors. Further development of ultrasound technology, coupled with the adequate training gives us an option to see even smaller structures such as nerves, leading to the use of ultrasound in guided regional anesthesia, and also in needle biopsies, due to the fact that we can visualize the needle and perform the biopsy in such a way that we are sure that the intended tissue is being reached.

The latest developments have moved the ultrasound diagnostics from the doctor‟s office to field medicine for there are many ultrasound machines that are portable, some of them the size of a laptop, or even smaller, making ultrasound available in the paramedics vehicles or while making a visit to the outpatient‟s home. We can conclude that ultrasound has developed to such a degree that it is being applied routinely in almost every field of clinical medicine and scientific research, since it can be used for quick, relatively reliable tool to diagnose conditions, conduct follow ups and asses treatment. The questions now is: who can perform the ultrasound and what kind of training is required? To answer this question, the American Medical Association issued a policy in 1999. that ultrasound diagnostics can be performed by physicians of all specialties, providing that they have adequate training, and the privilege of performing the ultrasound is therefore left to the hospital itself to decide which physician has the adequate training and can use ultrasound imaging in his daily work. This has changed the usual paradigm, where ultrasound was mostly used by specialist, mainly radiologists, and in some cases ob-gyn and cardiologists. Now doctors of all specialists begun learning how to perform ultrasound imaging in order to shorten the diagnostic process and in most cases start the treatment right after the diagnostics. This shift was first inspired by purely economic reasons: if one physician is performing both the initial examination and the ultrasound, the hospital saves money and the patient saves time while also confirming or excluding many pathological conditions on the spot.

Another reason for adopting ultrasound diagnostics in such a way was to reduce the need for diagnostic imaging such as X rays, CT scans and MRIs, both in order to reduce costs, but also to save time and reduce the patients exposure to radiation. Needless to say, after this paradigm shift, the first branches of medicine to adopt ultrasound imaging as a part of their diagnostic protocols where urgent medicine, anesthesiology as well as family medicine. For anesthesiologists and urgent care/intensive care providers it was a valuable tool to quickly assess gross pathology and adapt as well as react with a shift in the treatment provided. For family medicine specialists it became an opportunity to easily diagnose common conditions, exclude life threatening pathology, perform more detailed health follow ups (recognizing many chronic conditions in their early stage) as well as to follow up on treatments in order to assess how effective is the treatment prescribed to the patient. In the beginning, most anesthesiologists, urgent care providers and family medicine specialists learned how to perform ultrasound by learning from radiologists, ob-gyn and cardiologists and then adapting those techniques and knowledge to the field of family medicine and urgent care. In a short period of time, many training programs emerged, such as POCUS – Point Of Care UltraSound, FATE – Focus Assessed Transthoracic Echocardiography and RUSH – Rapid Ultrasound for Shock and Hypotension. All of these programs had one thing in common: they were created as a natural next step after the initial examination/anamnesis in order to exclude or confirm gross pathology which is life threatening. With respect to all of the programs apart from POCUS, each focuses on one body part (for example FATE focuses on the heart) or on one algorithm meant to confirm or exclude the presence of a specific pathology (for example RUSH focuses on the cause of shock). Unfortunately there is still no official international program that is a part of the medical curriculum in all medical schools, and not even this one is designed to be the final authority on the subject. However, in the same way one evaluates an X ray image as a radiologist the image can also be evaluated by a family medicine specialist/general practitioner (GP), the difference being the amount of information gained about the patient's condition. Another similar example would be interpretation on ECG by a cardiologist and a family medicine specialist: the first one will gain almost all of the information that can be acquired from the ECG, while the later one will gain the most relevant information in terms of gross pathology. Taking these two examples into consideration, it's only a matter of time when the basics of ultrasound will become a skill learned in almost every medical school as a part of radiology or as an independent subject.

Currently there are many countries which are forming governing bodies in charge of creating POCUS and similar programs or curriculums. One of the first worldwide organizations to recommend POCUS is WONCA (World organization of family doctors), which in 2016 published a study which shows the advantage of training family medicine specialist to use ultrasound using the POCUS method. It showed that a family medicine specialist trained in POCUS sets the diagnosis more precisely, shortens the time from the initial contact with the patient to the preliminary diagnosis and makes follow ups and treatment adjustments easier. Despite this recommendation most family medicine specialists and GPs are still untrained in the use of the ultrasound and they rely on other specialists to perform this kind of diagnostics. It is the opinion of the founders of IPO that the next step in educating family medicine specialists/general practitioners is to introduce the ultrasound machine into every doctor‟s office, in the same way as the sthetoscope, otoscope and ECG. Based on the symptoms that the patient has, the doctor trained in POCUS should be able to examine every part of the patient‟s body in order to exclude or confirm gross pathology and to establish the overall condition of the patient. Due to this approach, the book IPO is distributing should not be viewed as a specialized manual, but as a guide through an algorithm of ultrasound diagnostics that is focused on the most common pathology observed in a primary care setting. With all of this said, itss obvious that each physician who perfoms ultrasound examinations will have his/her own method that will be developed based on one's own experience and the ultrasound machine used in the office (the technological options that the machine offers). It is a hope of the IPO founders that our current and future books and articles will contribute to making new protocols in the daily practice of medicine in a primary care setting. IPO's current FM POCUS book will serve as official curriculum and study guide for all interested in POCUS family medicine certification. 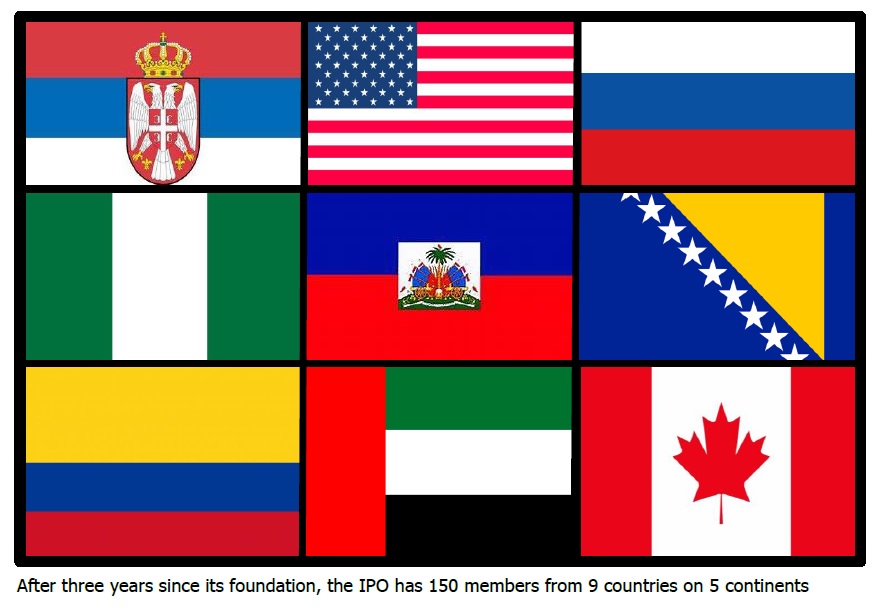